***AMAZON'S MOST HELPFUL FAVORABLE REVIEW***
"A RADIANT ROMANCE IN A BREATHTAKING HISTORICAL ADVENTURE!"
Mark Stephen Levy takes his traveling adventures and his personal love
story as he creates an incredible Masterpiece of war, history, and
romance. The main character, Danny Benson is a man who makes the
reader turn the pages as fast as the speed of lightning, and has the type
of personality that would make your heart melt. As he rides the Magic
Bus to Afghanistan in desperate search to find the woman he loves,
along with answers to many questions about their relationship,
unexpected circumstances changes his life forever. When Danny finds
Heather in Kabul, what else does he find? Did Heather ever find
herself, and what else did she find? How did the Soviet invasion, and
the bomb blast affect Danny's life? Which direction was Danny in, and
was it the same direction Heather was in? Did unexpected events in
Danny's life bring him happiness? Why did Danny want to go to
Kathmandu? What does the blood stained blue scarf signify? Why was
James arrested? What was considered paradise for Danny? Who is
Vyasa, and what did he do for Danny? I highly recommend this novel
to all fiction, historical fiction, and adventure lovers. The sweet scent
of sizzling romance blossoms like a rose as the reader is taken on an
interesting journey through the culture and beauty of different countries. Challenges are taken through many twists-and-turns, while
war is looming as the pages become covered in drama The plot is
captivating, the story is delightful and the fascinating characters come
to life in this unique, emotional roller-coaster ride. The author paints
each page with excitement, danger, sorrow, and happiness. A colorful
portrait is the result of an unforgettable story that's made for the movie
screen. "OVERLAND" is as entertaining as GONE WITH THE WIND,
as romantic as JERRY MAGUIRE, and as dramatic as THE DEER HUNTER with Robert Deniro.
Posted by Author Geri Ahearn at 8:36 PM No comments:

**A Special Note To All Of My Authors!**

As of 11/20, I've had Tech Problems on Myspace in reference to use of
the *Bulletin Board.* Recently, Tom made some changes, and as usual
certain disadvantages result. Until he fixes the Bulletin Board, I will be
Promoting my authors on Twitter & other sites, so that Promotions
continue, regardless of Myspace Tech Problems.
**UP NEXT IN REVIEW**
Author of "OVERLAND" Mark Stephen Levy
Thank you for your Patience & Happy Thanksgiving!
Best regards, Geri
Posted by Author Geri Ahearn at 12:03 PM 2 comments:

**Welcome Back Author JEFFREY B. ALLEN** Author Of: "GONEAWAY INTO THE LAND"

Welcome Back Jeffrey!
Author of: "GONEAWAY INTO THE LAND: BOOK 1/Second Edition
Genre: Fantasy
5 Star REVIEW- http://www.amazon.com/
http://www.jeffreyballen.com/
Jeffrey B. Allen will be at the Allentown Brew Works, mezzanine level,
for a Release Celebration, and Book Signing on December 10th at
7:30 PM. All are invited. Special give-aways and contest prizes will be
announced.
~~~~AUTHOR BIO~~~~
Jeffrey B. Allen was born in New Bedford, Massachusetts in 1953.
He graduated High School from Central Bucks East in Doylestown.
He studied art at Bloomsburg University for two years, before
attending Boston University, where he majored in history and
minored in set design, and fine art. A one year hiatus in the form of a
hitchhiking trip, helped appease his restless, and inquisitive nature.
Allen attributes that early journey to laying the foundations for his
strong views on politics, and religion. Later, he traveled through Europe
and Mexico, forming some strong opinions concerning the relationship
between history, politics and religion. Those years of learning, searching, and questioning have contributed greatly to the
philosophical depth of Allen's writing.
Allen graduated from Millersville State University in Architectural
design, and taught for two years, while also working toward his
Masters Degree at Temple University in Philadelphia. After a brief
teaching career, he created his own Architectural woodworking firm
in 1980.
By 1982, Allen was owner and president of Artistic Furnishings
Incorporated, a design house and manufacturer of custom
Architectural millwork. The company employed designers, artisans,
and support staff. His work can be seen throughout eastern
Pennsylvania, New York, and New Jersey in private residences, and
businesses. During those years, he traveled at home and abroad and
studied the Architectural works, both classical and modern, within
every city he visited. The inventiveness of the architect, and the
genius of structural engineering amazed him. "So much of history
can be discovered within the architecture of civilized man."
In 1996, Allen received his fifty ton U.S. Coastguard captain's license,
and followed that with extensive sailing adventures, and chartered
voyages. In 2006, Allen received the Holt Businessman-of-the-year
award. In 2007, He sold his Architectural woodworking business,
and soon after published his first novel, "GONEAWAY INTO THE LAND."
He writes as the Interior Design Specialist for the Lehigh Valley Examiner, and contributes articles as an expert author for publication,
through Ezine Articles and other internet sites. Allen is currently working with a new publisher, and expects his second novel, BENEATH
THE QUARRY WATERS, to be published soon.
Today, Jeffrey resides in Bethlehem, Pennsylvania. He consults in
the field of interior space planning, although most of his time is
devoted to writing.
Posted by Author Geri Ahearn at 2:58 PM No comments:

***Welcome Back Author STEPHANIE A. DUCKWORTH-ELLIOT***

Author of: "PONEASEQUA GODDESS OF THE WATERS"
Second Edition
Genre: Young Adult Fiction/Native American
http://www.librarything.com/
http://www.duckworthelliot.com/
~~~AUTHOR BIO~~~
Stephanie A. Duckworth-Elliot grew up on the island of Chappaquiddick,
part of Martha's Vineyard, and is a member of the Federally Acknowledged Wampanoag Tribe of Gay Head(Aquinnah). Stephanie
A. Duckworth-Elliot has over fifteen years of experience as a Minority
Educator, both in-and-out of the classroom. Her professional background as an educator consists of teaching seventy-five college
courses at various institutions, including Princeton University, and
Rutgers University. She is also a certified teacher in the state of New
Jersey, and has taught sixth grade, and second grade. In addition, she
was also the Assistant Executive Director of the National Commission
on the High School Senior Year, funded by the U.S. Department of
Education under President Bill Clinton and has written numerous
reports that she either authored, or co-authored focusing on education.
Posted by Author Geri Ahearn at 11:22 AM No comments: 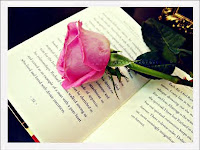 Welcome Aboard Julia!
Author of: "PIECES"
Genre: Mystery/Suspense/Romance
http://www.amazon.com/
http://www.barnesandnoble.com/
~~AUTHOR BIO~~
Julia Dudek lives with her husband, and two wonderful children in
New Jersey. She graduated from the Richard Stockton College of
New Jersey with a degree in Historical Studies, and from Monmouth
University with a Master of Arts in Teaching.
Julia has received numerous awards for her writing while in college,
most notably The Ignie LaFluer Endowed Scholarship Award for her
short story, "The Color Of Homage." PIECES is her first novel.
Julia is currently writing the sequel to PIECES, as well as working on
other projects. You can visit her website at http://www.juliadudek.com/
Posted by Author Geri Ahearn at 2:41 PM 3 comments:

Welcome Aboard Mark!
Author of: "OVERLAND"
Genre: Fiction/Historical fiction/Love story/ Travel/Adventure/Romance
http://www.amazon.com/
http://www.Borders.com/
http://www.Barnesandnoble.com/
http://www.AuthorHouse.com/
~~AUTHOR BIO~~
Mark Stephen Levy wove certain portions of his traveling adventures
from his own love story, which was partly the inspiration for his first
novel, "OVERLAND." He met his wife, Eliane, originally from France,
while on a camel safari in the Rajasthan Desert in India. They have now
been married for twenty-three years, and have an eighteen-year-old
daughter, Celine. His two year round-the-world journey included all
throughout Europe, India, Nepal, Tibet and beyond.
Levy was born and raised in Los Angeles, but moved to Denver with his
family, thirteen years ago. He works as a technology salesperson, but
in his free time enjoys developing more stories and writing them, and
takes breaks by mixing music on his favorite Web site, blip.fm.
"OVERLAND" is his first published work, but plans to write several
more novels, and looks to develop "OVERLAND" as a screenplay in the
near future. He is passionate about transforming "OVERLAND" into a
movie, as the story is the kind of a sweeping epic that would translate
wonderfully into a movie audience from all demographics and around
the world would enjoy, as they will with the book.
He wishes that after reading the book, his readers will be stirred enough
to somehow devote a greater length of time to travel, than the customary
one week, and to more exotic locations. "Not only would any one of
these places change the way you think, it would give you the perspective
of where you live when you return home, and to inspire you to a greater
good, or cause. More importantly, you will finally meet up with someone
you've wanted to know forever...you!"
Posted by Author Geri Ahearn at 1:56 PM No comments:

" A TRULY SPECTACULAR STORY!"
The main character in Craig Lancaster's fascinating story is Edward
Stanton, a man who lives not only isolated from the rest of the world,
but who suffers from mental illness at the age of thirty-nine. Actually,
according to Edward, his true age is calculated at thirty-nine, and
three-hundred days old. His daily routine is based on prozac for his
obsessive-compulsive disorder, writing his unsent letters of complaints,
and watching another repeated episode of Dragnet so that he can pretend that Sergeant Joe Friday is his father as of 1994. Sergeant Joe
Friday became Edward's father figure, after Edward's relationship with
his father began to deteriorate. Edward felt hatred and ambivalence
after his father hit him, and was forced to sign a memorandum of
understanding. Edward's life was controlled by his father through Jay
L. Lamb, who was an attorney for Edward's father. Ted Stanton, Edward's father, was not only rich, but also a very powerful politician
and was the county commissioner. Maureen Stanton, Edward's mother,
was detached from Edward most of his life, until her husband passed
away. I recommend this novel to anyone who enjoys an inspiring story,
blended with courage, and hope. This book is also educational as it
conveys the special needs of individuals who are diagnosed with
obsessive-compulsive disorders, and the various paths these individuals
walk on to survive. Why did Edward read "The Billings Gazette" everyday, and why was he so fond of the Dallas Cowboys? Will Edward
always live alone in Montana, or will Donna, and Kyle be part of his life?
What does Maureen do when she finds out about the letters that Edward
received from Jay? Does Edward listen to Dr. Buckly, and does he defy
his father? What does Edward say in his "Dear God" letter? Will Edward's life always consist of patterns, facts, and files? "600 HOURS
OF EDWARD" is as heartfelt and touching as the movie AS GOOD AS IT
GETS with Jack Nicholson, and Helen Hunt.
Posted by Author Geri Ahearn at 9:49 AM No comments: