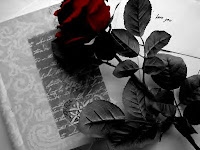 "A TRULY SPECTACULAR STORY IN A BREATHTAKING ROMANTIC
ADVENTURE!"
It has been noted for decades that in the world of romance and relationships, opposites attract, and statistics have shown that many
still believe it. Unfortunately, this is a myth for Victoria Ballard, even
though her new prince charming is tall, dark and handsome. However,
the reason why this is a myth in Victoria's situation is because she was
forced to marry Prince Rashid Davar, through a marriage contract that
was made between her father, and Rashid. Victoria's father,who was the
light of her life, agreed on the contract to ensure his peace of mind, prior
to his passing. He wanted his daughter to be in good hands. Although
his intentions were loving and caring for his daughter's well-being, a
forced marriage left Victoria in total devastation, especially when Rashid
was the type of man she feared. To make matters worse, she had no
intentions to engage in a relationship, or consider marriage. She worked
hard, and devoted her life to climbing the ladder of success. She achieved, and her goals and dreams were to continue to improve her
career as a New York financial executive. Her father, her career, and her independence meant everything to her, until her entire world fell apart.
How does Victoria survive in a forced marriage, with a man she wants to
run from, who is known to her as ruthless? Does Victoria and Rashid find love, or a dangerous affair? What tragedy happened in Victoria's
life that she takes the blame for? What happened to Victoria's brother?
How far does Victoria go with her resentment to Rashid? Why was Victoria determined to reach the top of her father's corporation? I highly
recommend this novel to all Contemporary Romance lovers and to those
who enjoy adventure, combined with drama. Lynda Coker created a plot
that draws the reader's attention from page-to-page with vivid imagery
in a powerfully moving story of love, betrayal, and redemption. The title
fits the story like a glove, the characters come to life, and the adventure
is filled with challenges as two cultures clash. "THE OCEAN BETWEEN"
is as heartbreaking as NOW & FOREVER and contains as much shifting
drama as Danielle Steel's KALIDOSCOPE, with Jaclyn Smith, and Perry
King.
Posted by Author Geri Ahearn at 12:12 PM