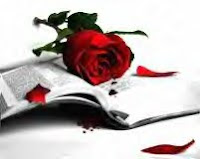 Genre: Historical/Fantasy/ Children/Young Adult
http://www.amazon.com/
http://www.cnposnerbooks.co.uk/
~~~UPDATED BIO~~~
At the time of writing the book, I was a dreamy, bookish teenager whose favourite
reading material was historical novels. The longer the better, and Lord Of The Rings. I wasn't needing to work very hard at school, so some of it was written
at the back of the class, while listening with half an ear to the lesson. Subsequently, real life took over in the form of A-levels, uni, earning a living and
having children later on. So, I haven't thought much of writing since. I had consigned the "GREEN BRONZE MIRROR" to the dustbin of history. In fact, was so
amazed to receive a letter out of the blue from an Oxford publisher who I never
met, saying that he was interested in re-issuing it. I'm pleased with the new edition, especially that it includes pictures. The first version didn't, which was a
shame. I have had a number of different jobs, including running riding holidays
in the Scottish borders, teaching English to foreigners, a logistics-type job in a
computer firm and now I'm a Speech and Language Therapist. Future plans include walking the Pyrenees from coast-to-coast, spending time in Tibet, and living on a canal boat for a year. Maybe, another book idea will come from some of that.
Posted by Author Geri Ahearn at 2:38 PM