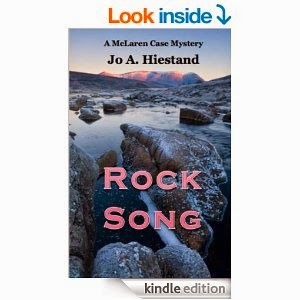 Detective Michael McLaren has been the black sheep in his family since birth, despite his bitter feelings that haunted him for years in a family feud, he accepts an invitation to reunite with his relatives, and travels to Scotland. Upon arrival, he begins to question his grandfather's invitation, as his welcome turns his grandfather into a state of rage.

Michael's decision was based upon the anger within the family, but soon realizes that he may be caught in an unexpected, evil trap. As he contemplates on his confusing and disturbing situation, he winds up in the right place at the wrong time. As quick as a flash, he becomes a fallen cop at the scene of a fatal hit-and-run accident, leaving the person who was standing near him dead.

Did his grandfather send the invitation? Did the driver of the hit-and-run kill the wrong person? What dark secrets surface, and will the World War II treasure be found? Detective McLaren steps into a dangerous, mysterious mission to find the answers as time begins to run out. Will the pieces to the puzzle be found, or will this ongoing hunt for the truth become 'Mission Impossible?'

Inspired by her travels and all things British, Jo Hiestand delivers a brilliant, intriguing mystery that grabs your attention in chapter one, and has you mesmerized until the final curtains are drawn. The author's knowledge of Britain shines through page-after-page in this gripping story. The fascinating setting of Scotland is picture-perfect, the unforgettable characteristics of Detective McLaren has you following every footstep he takes, and the CD song of 'The Braes Of Balquhidder' fits this mystery, like a glove.

'ROCK SONG' is as intense as Don't Say A Word, as entertaining as The Witness, and as suspenseful as John Grisham's 'The Client.' Highly recommended to all mystery, and thriller lovers.