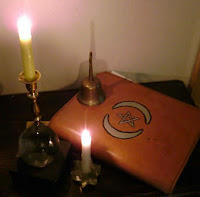 "THERE IS A SPECTRUM OF TERROR THAT ONLY A FEW CAN SEE!"
What did Matilida give to homicide detective Brian Sullivan, shortly after the car accident? Who was Father Don to the Sullivan family, and where did he resite the vows for Joe and Bobbie? Who was Jake Ashford, and how long has he been missing? Although Joe and Brian believed in rock solid leads, did they have any doubts about Matty's letter? Maddy was right about Jimmy, but was she right about Ben, and will there be a false conviction? Who killed Jodi, and why? Did Ben shoot Jake? Why did Maddy decide to never work with the police again, and what were her recurrent nightmares about? Who was Mrs. Whitman, and what was she looking for? Does one mother's sorrow convince Maddy to help solve another murder case? Team writers and sisters, Pat Casiello and Kathie Clare Nee Lynch, created a Masterpiece of drama, action and sizzling romance. The setting is perfect for this chilling story, the plot directs the reader into a thriller that will keep you guessing until the end, the characters come to life, and love blossoms page-after-page. I highly recommend this novel to all romance and suspense lovers. K.M. Daughters covered the pages in spine-tingling intense suspense that will leave you on the edge of your seat as mysterious pieces of a bizarre puzzle are slowly put together. Who was Eric, and who murdered him? What was Brian searching for in Ben's trailer, and was a gun found in a boxcar of a train set? Whose body was found in the river? How long will the case remain open, and is there still a killer on the loose? Will justice be served, and for who? Will visions, perception, and truths bring new evidence to the case? Will the murder weapon ever be found? Is Matty's life in danger, and will her love for Brian die? "CAPTURING KARMA: The Sullivan Boys, Book Three" is as cleverly entertaining as KISS THE GIRLS, and as thrilling as ALONG CAME A SPIDER, with Morgan Freeman.
Posted by Author Geri Ahearn at 3:41 PM